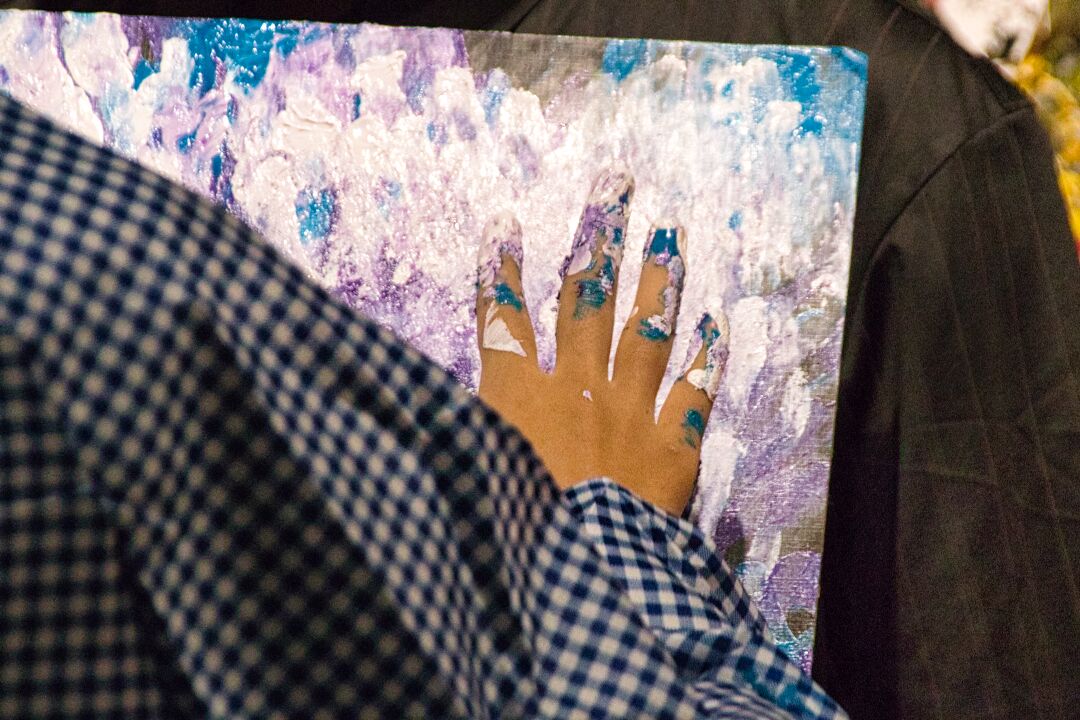 The German Christmas Bazaar has long supported Hong Dandan, an institution that helps blind and visually impaired people. Liu Xinming is a girl who was supported by Hong Dandan. Through Hong Dandan’s cinema project, Liu Xinming learned that blind people can also paint. With the support of her parents and volunteers, she has learned to associate colors with emotions. She puts paint directly on canvas with her fingers – and with success. In August, her first solo exhibition

Xinming Liu: Blooming in the dark

opened with great success at the Ici Labas Gallery in Beijing’s Art District 798.

The paintings of the artists, who are only fifteen years old, were exhibited until mid-September.